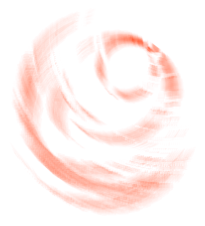 CREATOR was delegated to repair serious damage to Earth from a cosmic mishap. You should know that CREATOR is a young minion delegated to manage earth, is subject to GREATER, who in turn is subject to GREATEST, gender and whereabouts totally unknown. GREATER’s favoured pastime is a monumentally athletic pelote played using comets and timed over eons. Frequent mistimed strokes hurl huge pieces, even whole comets to impact parts of the universe to the irritation of GREATEST. One had recently devastated earth. GREATEST was wrathful, minion was blamed and firmly told to put things right. After getting Eurasia out of deepfreeze his task was to transport Africa back into place. GREATER’s obsession meant CREATOR hadn’t yet had his Supercontinent Drift Master test Licence so it was a mammoth task (those had also failed following a dinosaur near-extinction). However CREATOR, young & happy with the way things were going, relaxed as his charge cruised into warmer climates. Then came an almighty judder. ‘Oh god’ he said ‘What now?’ Pure rhetoric; nobody listened; GREATER was at a Pelote championship somewhere remote and GREATEST was god knows WHERE. Then he discovered he hadn’t learned how to stop a supercontinent in drift mode. Eurasia was closing fast though still too flat to be visible from all but the topmost peaks later called Kilimanjaro, whence it appeared cold, overcome with darkness and great rains.  And his instruction manual went missing.

But as it so happened that crunch slowed down his theatrical float now festive with reviving and new exotic life forms as it ground steadily onwards. (There was as yet no defined north nor south, an added problem to navigation.) When eventually Eurasia’s plateau came dimly into view  in its mists off the starboard bow lumps of earth began to emerge slowly from the sea in that quadrant spouting debilitated trickles of fire, mud and water, not at all like the great cataclysms of old he thought but interesting enough to distract his attention. Then Africa lurched to a halt as he watched helpless but fascinated and those lumps rose right up over Eurasia’s continental shelf, crashing, roaring and groaning (in very very slow motion!), protesting with sporadic outbursts of fire bombs that plunged into brilliantly shelly sandbanks at its edges. Instead of matching up continents perfectly his error created a most beautiful lake, a sea in the midst of the land. He thought how romantically the new small mountains reflected in tranquil waters and experienced transports of delight as they gathered pretty mists and little clouds strayed from the north. That he really did enjoy. ‘What kind of poem shall I write?’ he pondered. Then he wrote, in the magnificent universal script used by all Creators, great, greater and greatest, ‘CABO DE GATA’ (Cape of the little clouds (but not in any language we know)), sighed blissfully and quite forgot to start moving the Americas. Anyway, he decided, he should read up some technique before that attempt - when he could find the manual.