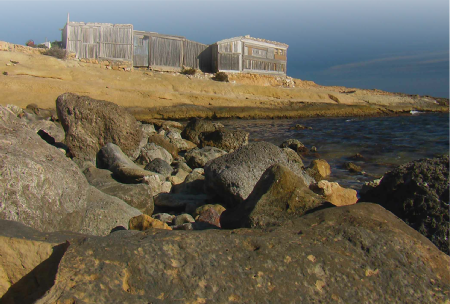 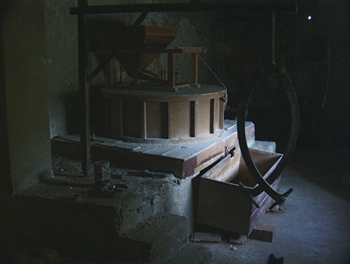 Throughout the area there is much interesting vernacular building. Some new developments in and around San José & Las Negras (see Conservation pages) tend to be crass. Earlier seaside fantasy villas in San José spice the more traditional Morisco based Andalus vernacular forms, mainly remnant cortijos and livestock buildings. This vernacular is well documented by Antonio Gil Albarracin in ‘Arquitectura y tecnologia popular in Almería’. In particular ‘industrial’ technologies inherited from the Moors are of interest - wells (pozos & norias), windmills and especially turbine watermills. The organisation of traditional cortijos and cortijadas within their land was a basic format as noted in our Cortijo pages. 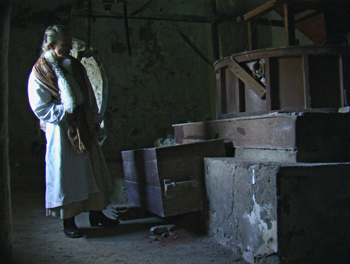 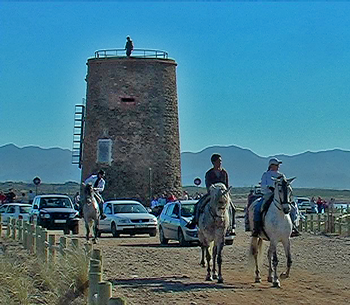 Defensive tower or atalaya at Retamar 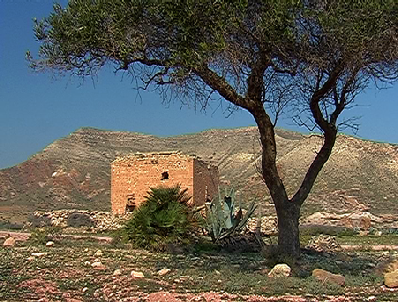 For people working from dawn to dusk on their fields the cortijo was a refuge during siesta from a too brilliant light. Similarly they needed protection from frequent violent windstorms in winter. So the human quarters of simple cortijos focused on one room within which they could shut themselves away from the elements letting in just enough light and air through small windows and the door. In that room the whole family lived, cooked and ate and even slept. The roots of this form derive from Hispano-Arabic cultures for whom these simple structures of lime, sand gypsum and rubble could be largely self maintained. Gil Albarracin discusses their construction and detail extensively and information from his work will be added in translation for friends interested in such matters. 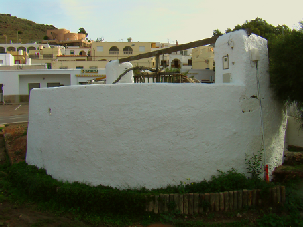 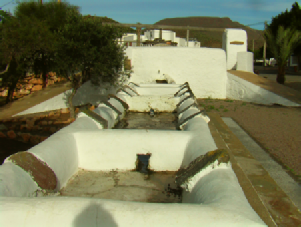 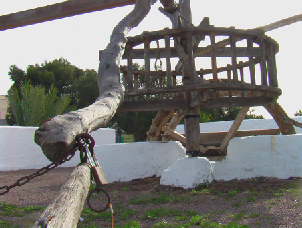 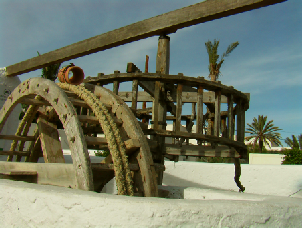 Pozo de los Frailes means literally translated ‘the well of the monks’ and is the name of a village. It is situated on a rambla that runs out of a group of mountains collecting run-off and ground water. Its main feature is this magnificent restored noria. It no longer draws water because the ground water levels have fallen too far but is the focus of some festas. Originally a donkey or mule was harnessed to a yoke on the end of a pole, part of a wooden drum. As the animal trotted or walked around it turned the drum which in turn connected to a vertical drum on which was wound a rope. Earthenware jars on the rope were lowered into the water of the well drawing it up. An ancient middle eastern technology.

The yoke and pole connect to the drums

The two meshed drums with rope and pot remains

The recently (2009) restored windmill at Pozo d/l Frailes makes a brave feature in the erstwhile grainfields. ► 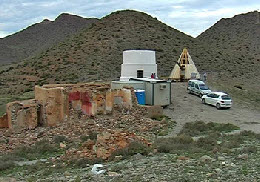 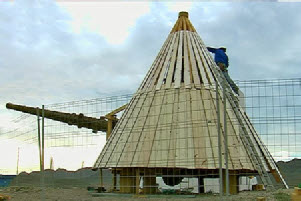 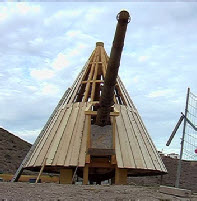 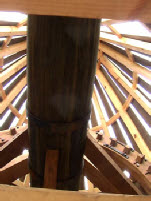 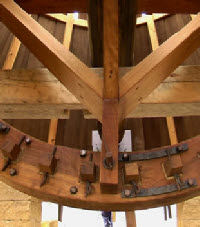 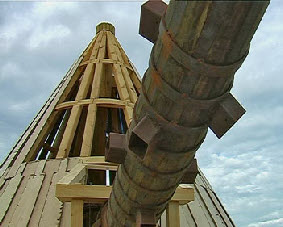 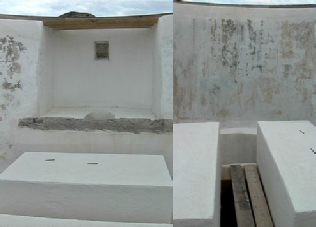 This is surely conservation work to be proud of. Genoveses mill has been working and producing flour reputedly of excellent quality (the author is coeliac). Workmanship is impeccable. 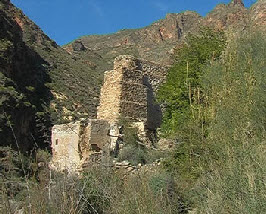 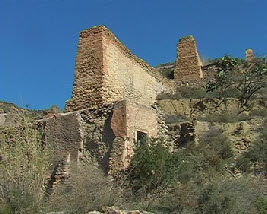 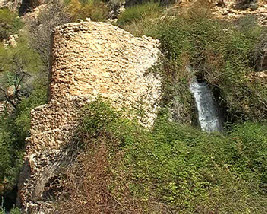 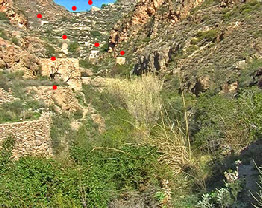 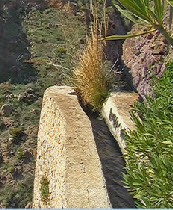 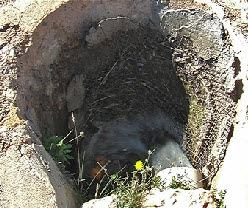 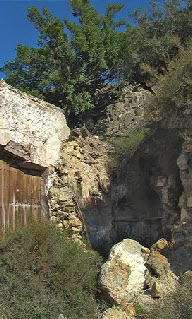 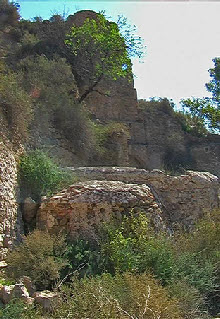 The turbine mill illustrated at the top of this page was fed from a millpound and canal with a small drop. In the ravine between Níjar and Huebro are many much more powerful turbine mills fed from springs.

Gil-Albarracin gives drawings of these turbine mills but they don’t show how the water passes through the drive mechanism. It is fed from the funnel at the top of the tower down the back wall of the tower. The millstone(s) is at ground level or entrance level as one would expect. The water continues behind this to a chamber below the stones. There an iron turbine wheel is suspended horizontally on bearings with a shaft connected to the stone above. There might also logically have been a bearing between the stone and the turbine. The base of the water chute is angled to project the jet of water at an angle most efficient for the turbine cups. On the slopes of the ravine in which these mills are situated the water can often be passed from one turbine to another below in succession where the spring is adequate. All of these mills are derelict. Some were complete ‘industrial’ units from grain to bakery.

This complex includes a bakery

◄ Here, near the village of Huebro, a sequence of 4 or 5 turbines are fed by one stream, along with a reservoir on the way. Conservation of resources!

An iron turbine laid against a wall.

A feed channel and the orifice to the water chute

A cluster of turbine towers

Inside a turbine watermill

For an anatomy of the local Andalus cortijo click on the link below or the image, left. 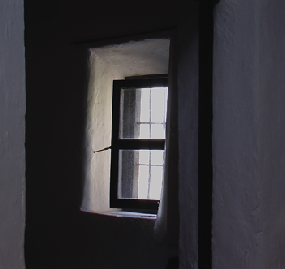